Touching The Times
by State Of Grace

Freestyle’s run of reissues continues with the sought-after 1983 UK electro-funk of State of Grace’s Touching the Times getting a freshly remastered 12″ cut!

State of Grace were a trio formed at the start of the 80s, releasing a handful of singles between 1981 and ’84. As SoG’s David Inglesfield recalls, “in early 1982 we recorded 4-track demos of ‘That’s When We’ll Be Free’, ‘Touching the Times’ and a third song. When we played them to Mike Collier, who’d eleased our first single for his Flamingo label, he offered us a contract on the spot and licensed the finished tracks to for release on the PRT label” Having released ‘That’s When We’ll Be Free’ in late 1982, ‘Touching the Times’ landed on 12″ and 7″ formats in early summer 1983. “For the demos, we’d used a TR-808 for the drums, and we kept the 808 for the final version of ‘That’s When We’ll Be Free'”, Inglesfield continues, “but for the full version of ‘Touching the Times’ we decided to use a Linn LM-1 for the drums. The keyboard sounds were from a Roland Jupiter 8, Roland SH-2 and Fender Rhodes” Touching the Times was recorded at The Bridge studio near Putney Bridge, then mixed at The Sound Suite in Camden. “At the time, we were into the Sloane Ranger upper-class English look” says Inglesfield “and for the photo shoot for the original picture sleeve, we wanted an aristocratic type interior, and Broughton Castle in Oxfordshire was selected for this purpose.” The updated centre label image on our reissue shows State of Grace’s Adrian & Pat Thomas, and David Inglesfield, in the Camden Mews outside The Sound Suite – located just a short walk from Freestyle’s home in Kentish Town. 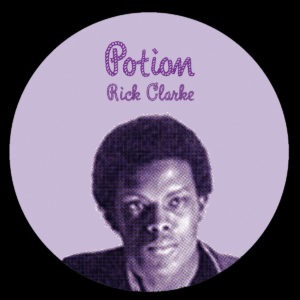